They say small is beautiful, and in the form of a microSD card, it can also contain enough entertainment to keep me happy. 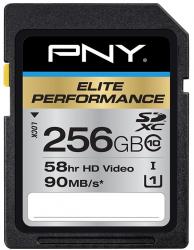 The phone in your pocket (with appropriate apologies for the original saying) has tended to grow in both power and functionality with each new version.  However there is one aspect of your mobile friend that is sometimes neglected.  That area is the one of storage capacity.  Often manufacturers believe that by offering devices with a MicroSD card slot, the needs of their customers will be satisfied and this approach will allow them to keep their costs down.  The product will then be more attractive as it competes in the overcrowded markets that currently exist.  As handset manufacturers also develop tablets, it is not surprising that a similar approach is adopted, but not to the same degrees, with this type of device.

Of course memory card manufacturers have not been slow to take advantage of the situation by producing products for customers who feel naked unless they have immediate access to their music, images and movies on their handsets and /or tablets.  One such company is PNY who has developed its range of MicroSD Elite Performance flash cards.

Capable of being used in any device, such as a smartphone, tablet or action camera, with an appropriate card slot, this “elite performance” storage device comes with a standard SD adaptor.  As a result the card can be used with a computer to transfer or refresh the content.  You could also use the card with various wireless media streaming products such as PNY’s own offering which was recently reviewed on this site.

Versions of this MicroSD storage product are available in 16, 32 and 64GB capacities although the actual available storage is a little lower due to the file management needs.  PNY has rated the 32GB MicroSD flash card, which I have received for this review, at 100MB/s.  I decided to put this figure to the text by copying data consisting of movie files and MP3 audio tracks to the card and then reading the data as the files were transferred to another storage media.  The movie content consisted of 14.2GB of data made of 17 movies originally stored in a single root folder.  Slightly more data was involved with the MP3 music tracks.  The 14.8GB of music data covered 4840 files which were originally stored in 311 folders.

While the original copying of the data to the PNY MicroSD card involved a straight transfer from hard disk to the card, the second stage was from the MicroSD card to a USB 3.0 flash stick using a USB 3.0 port.  In both cases the system being used was an Intel Core i3 3.07GHz processor with access to 7.0 GB of RAM running Windows 7 Professional 64-bit software.  The recorded times are listed below.

Read speed was definitely faster by between 30 and 40% which would be important for those wanting to listen to music and watch videos on their handheld devices.  There was a slightly better performance when the files were of a larger size.

While file sizes do tend to vary with individual users, PNY has provided a chart showing how many files of different types and sizes you should expect with this series of MicroSD card.