Apart from the Simplicity Linux I looked at nearly two years ago I have only used Linux run from a CD-ROM. So with a Windows XP notebook now redundant  it has too little memory etc to upgrade - time to install Linux and try to master it. 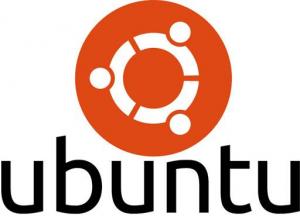 I have heard good things about the Mint variant so I found a download of a recent version and the all important USB installer. According to what I have read you should be able to install from a USB stick providing your PC or Notebook supports USB as a boot option. Mine did and after making the required changes in the BIOS I attached a USB stick with the USB installer and Mint variant of Linux.

What followed was arduous and torturous as I got slowly – so slowly - to a certain point before the installation stopped. So I downloaded a slightly earlier version of Mint and the same thing. Then yet an earlier version the initial interface was different and although it was happy to run from the USB stick still no completed installation.

As regular readers will know I tend to want to know why. So having spent around ten hours (over two days) I finally gave up and burnt a DVD, changed the first boot device to CD/DVD and watched the install proceed without problem.

At this point I should explain that Mint and I had a parting of the ways and the download and install was of Ubuntu which I had briefly dabbled with a few years ago. The install took around 30 minutes and I was left with a rather Windows looking interface, easy to follow with the little exception of the ‘x’ to close a window being on the top left rather than the top right.

I even downloaded a couple of cross platform programs that I use often to make me feel at home.

I could browse the WWW via an Ethernet lead. This notebook has Wi-Fi but as yet I have not found how to enable Wi-Fi. I will be able to get my emails – should I wish – as a copy of a well known email client is included in the distribution.

I have heard that drivers for certain things are a problem I have yet to bite the bullet and try to install a printer, I did look at the icons choices and a mixture or tiredness and elation at the simple success of a final installation success said leave this for another time.

During the install I was given the choice of dual booting with Windows or let it have the full (50GB) hard disc to itself. I choose the latter, and it now boots in a minute (it only has 512MB RAM) and it now shuts down rather efficiently in six seconds. I know when this was a XP system I had plenty of time to make a coffee and some toast while it booted.

Mint may well install well from a CD/DVD environment but not as far as I can tell from a USB stick. Why did I switch to Ubuntu at the eleventh hour I do not have a good reason but tiredness does strange things and it worked. Of course what I should have done is try to install Ubuntu from a USB stick but I did not.

The next day after a few minutes delving into the Settings menu I managed to setup my Network printer and a genetic driver still so far using Ethernet but I can print.

There must be many people out there who are basic users and want to collect email and browse the WWW for this an otherwise unprotected Windows XP unit is no longer a safe alternative so could Linux answer their needs?

I installed Ubuntu Linux 14.04 from the link below, remember to select 32bit (unless your unit will support 64bit).

Rather Windows looking interface??? It couldn't be further from looking like Windows! For a start there's a panel on the left of the screen and a dash.. Anything which is similar to Windows 8 would be because MS stole the Idea from Ubuntu as Ubuntu has been exactly like this since 2011.

Windows 7 copied many things from KDE 4.. If you check the news, MS's latest thing is convergence! Hey what a surprise, that's the exact same thing Ubuntu has been doing for the past 2-3 years already.

Get your own Ideas MS.
Rating:

What you are describing here with all the issues you encountered is not normal, I have not encountered any issues while installing Mint or Ubuntu for 4-5 years now. I don't have any wireless issues either, it just works, you click on the connection icon near the clock and select your wireless network and enter password and bam, jobs done.

Have you looked in additional drivers? Open the dash and type additional drivers and it will find any proprietary drivers for hardware you have which you select to enable, this includes wireless adapters. Most plug in usb wireless dongles work immediately without anything requried but for adapter cards sometimes they require drivers.

I find it rather insulting as a full time user of Ubuntu that you are asking the question of whether Linux could answer the needs of very simple requirements of reading emails and light browsing. Are you kidding?? It can compete head to head with Windows 8 with ease and then some. I do everything on my computer with absolute ease, screencasts, video editing, manage my huge music collection, create music, code, create android apps, edit office docs, edit images, watch movies, browse the internet with 40-50 tabs open. play games (Steam on linux has 1000s of commercial games available) GOG.com has just released 50 classic windows games for linux as well and you can install and play just about any Windows game using playonlinux with ease...

I was really surprised at the issues you had as this is no way the norm, just unlucky.