Defeating the Dark Side

As the last surviving member of a secret society, you are cast in the role of tackling an evil force intent on preying on the city of Prague. 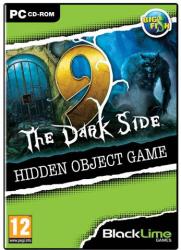 As part of its budget priced BlackLime games catalogue, Focus Multimedia has released 9: The Dark Side.  This title has been classified as a Hidden Object game which slightly undervalues the appeal of this particular title as it does contain elements of Adventure game play and puzzle solving.  This is a game based on the age old conflict between the powers of good and evil in the form of the Guardians and the Clan of the Nine.

Before concentrating on the main game, lets take a brief look at the historic reasons behind this conflict.  The Clan of the Nine had set up a Gateway to all manner of evil and accompanying horrors for their own specific purpose of which less said the better.  This Gateway was concealed within a fortress located in Prague.  However before the Gateway became fully activated, the Clan of the Nine needed an Artefact currently held by the Guardians.

On their return from fighting in the crusades in 1380, the Guardians laid siege to the Clan’s fortress in an attempt to destroy this threat.  In retaliation, the Clan of the Nine called on the Dark Side for assistance to repel the Guardians.  A deadly mist descended on the area and destroyed all the protagonists.  Over the following years this Dark Side continued to claim victims and this leads to you being called upon to remove this evil influence.  As the last surviving Descendant of the Guardians, it is up to you to enter the fortress, avoid the many traps set by the Clan of the Nine, and destroy the Gateway.

When setting up your game profile you can make various adjustments and opt for particular settings.  You can set the volume level for both the rather dreary background music and the atmospheric sound effects including spoken dialogue.  There is a choice of full or widescreen mode using a software or custom cursor.  This game can be played in Casual, Advanced or Hardcore mode with varying degrees of useful hints and the speed at which the Skip option appears when puzzle solving.

An optional tutorial can be selected to identify the different types of cursor and other games features.  As usual with games of this type, your inventory, holding the items you have collected, is located at the bottom of the screen.  Items that need to be reused are retained in the inventory while others disappear once they have served their purpose.  Chevrons at either end of the inventory allow you to scroll through the various items when you have collected too many items to be displayed on one screen.

A rechargeable Hint feature sits on the right of the inventory.  When used during a Hidden Object scene, this feature will highlight a yet-to-be-found item.  In Adventure mode selecting the Hint feature will advise you of a task, such as apply an item to an object in another location, which needs to be completed.  The Hint feature is deactivated when you are involved in solving a puzzle.

At the opposite end of the inventory is your diary which automatically records your progress and details of various characters meet on your travels plus background information.  This diary also contains an Objectives section which lists the current tasks that need to be completed.

Next to the diary is a slot which is initially empty but is quickly filled once you have received a red amulet.  At various stages during the game, this amulet will begin to glow and pulse to indicate that the current scenes contains a number of hidden runes.  You need to drag the amulet over the scene so that the runes can be revealed in order to remove a possible danger from the scene.  The number of runes concealed in the scene will be shown and this number will be reduced as each one is located.

Many of the scenes in this game, and this does include those that involve Hidden Objects, are rather dark and badly lit.  This does mean that it can be difficult to spot items that might prove useful and be required later.  A Hidden Object scene will be identified by an outbreak of sparkles.

You will need to locate a list of 12 objects hidden within the scene.  In most cases it will be a single item but occasionally you will need to locate multiple examples of the object.  If an item is coloured yellow in the list then an additional action will be required before it can be located.  For example you might need to light a candle or paint an item a particular colour.  You will be rewarded with one of the items from the list at the successful conclusion of a Hidden Object scene.

9: The Dark Side has a good mixture of puzzles dotted throughout the game.  The degree of difficulty presented by these puzzles does vary and a few can be time consuming.  A Skip option becomes available after a period of time enabling you to skip a puzzle that proves too difficult.  Often the puzzles are linked to gaining access to another location.

If you like exploring dark locations, solving challenging puzzles, meeting ghosts and searching for concealed objects then you should enjoy this game.  Priced at £5.10, the game requires a 2.0GHz processor with 2.0GB of RAM, 209MB of hard disk space running Windows XP and later.