Sometimes unusual locations can be used for companies to make announcements regarding new technology. Cisco, for example, choose a museum. 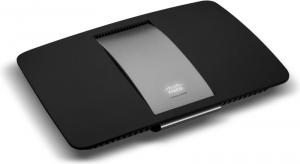 While you might consider that the British Museum is the ideal place to concentrate on the past, it does have the capability to be forward looking as well.  An excellent example of this was demonstrated recently by Cisco using this location to announce new products and services.  These announcements were made to European journalists gathered in the Museum’s Stevenson Lecture Theatre. The theatre is named after Hugh and Catherine Stevenson who designed the theatre and not George who, after all, did spell his surname slightly differently.

The focal point of these announcements was based on the new 802.11ac wireless technology standard which promises to deliver an increase of x3 in wireless speed.  Designed to be completely compatible with kit using the 802.11a/b/g/n standards, including smartphones and tablets, this new technology has been optimised to deal with the ever-increasing demands being made by home users who can not exist without streaming video to every corner of their home environment.  According to Cisco, we could expect that connected devices will have reached a figure of 19 billion by 2016 with 1.2 million minutes of video being viewed online every second – this is not going to give us much time to get food and do other things.

Naturally Cisco has just the products you will need to take advantage of the new technology.  Leading the way will be the Linksys EA6500 model which comes with six internal 3D antennae to ensure that the user gets the same performance whether the device is laid flat or mounted on a wall.  As usual with the Cisco Linksys brand, a great deal of thought has gone into the design concept for this model to enable the product to blend in with most home decors.

Along with the 802.11ac enhanced wireless router range and Universal Media Connector, Cisco also spend time promoting its Connect Cloud service.  This cloud-based platform has been designed to provide convenient anytime, anywhere access to the home network and its connected devices via a web browser or mobile device as long as it is either iOS or Android based.  Apps will be available from Cisco and third-party developers who are part of the Linksys Developer Community.  Currently Cisco has integrated SimpleTap™ into its Cloud Connect mobile app to simplify the connection process with plans in-hand to allow NFC-enabled smartphone to swipe over an appropriate tag to enable a connection.  Watch this space for more news.

The Linksys Smart Wi-Fi Router EA6500 is targeted for availability in September at major retailers, as well as the Linksys online store. The Linksys Universal Media Connector is expected in October at the same outlets.   As yet I have no pricing information.

The new Linksys EA6500 Wireless-AC Smart Wi-Fi Router and WUMC710 Wireless-AC Media Extender bridge are now shipping. Available at the official Linksys Store. Save $30 when you buy EA6500 and WUMC710 together on the same order.
http://homestore.cisco.com