One way to stop or reduce customer churn is to offer a reward that will help ensure their loyalty. 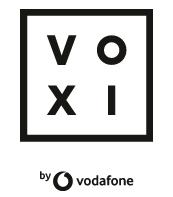 Over the years businesses and retailers have used various different methods of rewarding their customers for “being customers” and their long-term loyalty.  Now I am not referring to money-off or BOGOF (Buy one, Get one free) offers but other more personal incentives aimed to attract and keep customers.

Delving into the dim and dusty realms of my aging memory, my first experience of this form of marketing was the dividend (often referred to as “divi”, especially by customers to whom saving every penny was considered vital) offered by the Co-op to its multitude of customers.  A “divi” was issued on a strip of paper showing how much the customer could collect based on their recent purchases. These strips were meant to be stuck on a separate sheet which could be handed in when full for a refund as a reward.  Later these “divi” strips metamorphed into stamps when a similar process was used.

The next purchasing incentive I remembered experiencing was that of Green Shield Stamps.  This form of incentive rewards was green in colour and shaped like stamps that needed to be stuck into booklets which could them be exchanged at designated stores, or via a catalogue, for goods instead of paying hard cash.  These stamps, which were introduced in 1958, were handed out by various retailers (including Tesco) to reflect the size of the purchase.  Later Green Shield Stamps, that’s the company not the reward, was rebranded as Argos (now part of the Sainsbury’ family).

Specific store cards (including one from Sainsbury) came next as customers earned points that had a cash value and could be used when making purchases.  In some cases, such as the Sainsbury’ Nectar card, these cards can earn points from a variety of locations.  I must admit to have only used my Nectar card to make purchases at my local Sainsbury store rather than elsewhere.

Now you may be wondering why I have spent time recounting some early marketing incentives.  The reason for this is that news has just reached me that VOXI is to offer its customers access to a new reward scheme.  For those not too familiar with VOXI I should explain that this is a mobile network created by Vodafone.  VOXI is aimed at customers aged under 30.  It is a sub-network of Vodafone and offers different plans from the main Vodafone style of contracts.

As mentioned earlier VOXI is aimed at those customers aged under 30 or are, perhaps, considering themselves at being young-at-heart.  These customers will want unlimited data for social media, the use of the latest smartphones and without being tied into a lengthy mobile contract.  As part of the VOXI concept for its customer plan, customers will be allowed to select social apps and websites, such as Facebook, Instagram, Snapchat and WhatsApp,, that will not gobble up and eat into their general data allowance.  Customers will also get unlimited calls and texts plus free roaming in 48 European destinations at no extra cost.

This new VOXI initiative has been entitled VOXI Drop and is actual a reward programme giving customers exclusive freebies and offers on  everything from food, fashion, music, entertainment and festivals.  These Drops will appear refreshed on a regular monthly basis.

The first VOXI Drop is with us now.  This first exclusive offer is based around a limited number of free Time Out Cards that are valued at £29.99 each.  With one of these cards, a customer (one over the age of 18) can get free prosecco and cocktails plus upgrades to food offers in restaurants sited across the country.  This initial offering of VOXI Drop also contains 40 pairs of tickets to see an urban grime artist, Chip, and a number of high profile support acts at an exclusive event in Oval Space, London on the 7th March.  This event is part of VOXI’s Hot Sauce Tour (http://www.hotsaucetour.co.uk/).

VOXI customers can redeem the Drop offer by simply logging into their online VOXI account and hitting the “VOXI Drop” button to reveal the latest  freebies and offers available.  Unfortunately, due to my being born well into the last century and having a heart condition that precludes me from “being young-at-heart”, I can not test the VOXI Drop facility.

Brilliant experience with VOXI so far. I moved from GiffGaff because they offer a huge amount of data for a great price and because my signal used to be unreliable. Voxi's coverage seems to be more consistent as I don't experience grey areas when travelling on trains etc anymore.

The customer service team has been fine for me, I've only messaged them once but they gave a quick and helpful response. It was fairly simple to activate the sim and move over my number.

Roaming also works smoothly - I've used it in Spain recently and my 4G was working as normal from the moment I landed, and at no extra cost.

I was able to use a friend's invite link to join so got a £10 Amazon gift card a month later. If you're thinking of joining, feel free to use my link below to order a sim and you'll get one too.

Every essay has to follow certain writing format depending on the purpose of the essay. One of the vital things to keep in mind is the word count. Sometimes it is necessary for a writer to more about an essay topic to make easy to understand for the readers. In college essay, the word count is more necessary than the number of passages included in the essay paper. Each College Board follows some set of guidelines of the admission essay. It is very important for a student to verify the advices before start writing. The word count is necessary for the essay because some purpose does not need much explained paper. Always be sure to verify what the college you are applying and stay with their word limits. The ideal college essay word count is around 400 to 500. It is the opportunity to express you completely without boring the readers. The long text will have a chance for the risk of boring. In the college essay, you need to include the true voice and personality. Most of the college applications include essay topic or the prompt that asks the writer to focus on that. The readers will mainly looking for the true colors. They need to check how will you express yourself and what you have say about the topic? The essay topic should be considered and prepare the essay paper creatively. It will highlight the unique background and the personality. The college essays are important to get into the college. Always be sure about what you are writing. False information will not lead you to the success. Be genuine in your words. Refer the custom essay writing service http://essayacademia.com to get sample papers about the college essay. The way you are expressing yourself in the essay paper is really matters