Bringing together touch screen capable and Walkman music playing ability is the role of a new addition to the Sony Ericsson range of mobiles. 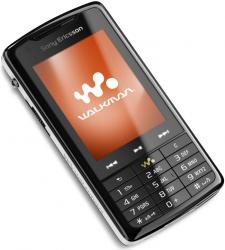 The Sony Ericsson W960i is, as you might guess from the familiar "W" prefix, yet another member of the Walkman family of mobile phones.  With its GSM/GPRS functionality, this phone packs a 2.6-inch touch screen display and a 3.2 megapixel camera into its vinyl black body with a white 5mm band running around the sides of the phone.  The unit measures 109 x 55 x 16mm and weighs 119g.

Turning this phone on/off is carried out by pressing a recessed button on the top left of the handset.  It has to be said that the W9601 is not the fastest phone I have seen when it comes to the start-up.  Generally there was a wait of nearly 50 seconds before you arrive at the phone's main screen giving you access to the device's functionality.  Other elements of this phone also suffered a little with regards to responsiveness with even simple tasks keeping you waiting for five seconds or so.  Even the volume controls, located on the top right side of the handset, required a number of presses before any adjustment was made to the current level.

Adopting the candy bar styling, the front of the phone is dominated by the large touch screen.  This is a 240 x 320 pixel screen capable of displaying 256K colours with a clear view in various lighting conditions.  Unlike some of the more recent mobile phone screens, the one supplied with the W960i does not feature automatic adjustment for landscape and portrait viewing apart from when using the camera.  A stylus is provided for use with the screen but this felt rather flimsy and this tended to encourage me to use my finger when making a selection from the on-screen options.

Positioned below the touch screen is the alpha-numeric keypad.  Running along the top of this keypad are additional keys for "Back", "Walkman" and "Cancel".  Although the keys are on the small size, they are not excessively so and they do respond with a satisfying click when pressed.  A backlight helps with identification in darkened conditions.

Four different methods of entering text into the device are available with the W960i.  By far my least favourite method is that of predictive text closely followed by handwriting recognition which often frustrated me to the degree that I quickly switched to multi-tap to get my message across.  An on-screen keyboard is the fourth method. 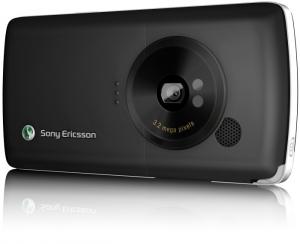 Not surprisingly, for a Walkman phone, music is well catered for with support for MP3, WMA, WAV, AAC, AAC+ and eAAC+ amongst others.  The system can scan available memory for new tracks transferred to the handset using the supplied Media Manager computer software.  All the standard Walkman features are included as you play back music using the built-in speakers or the ear-bud style headset which comes with a detachable adapter lead allowing you to substitute your favourite headset for the one supplied.  Other entertainment features include viewing and editing pictures; watching video clips; listening to FM radio; and playing the provided golf game or purchasing others via the PlayNow service.

Although I mentioned earlier that the screen adjusts its orientation when in camera mode, this only applies to the actual scene being viewed.  The various icons and settings remain in the same position whichever way the camera is held.  The placing of these icons and settings are more convenient for the landscape orientation.  As with other aspects of this phone, there is a delay of around five seconds before a photo is taken after pressing the shutter button.  Image quality is on a par with what you would expect from a 3.2 megapixel camera with images up to 2048 x 1536 and video at 15fps.

This Symbian OS 3G Smartphone supports WiFi 802.11b, Bluetooth with A2DP and USB connectivity.  While there is no memory card slot, built-in storage capacity can hold up to 8,000 tracks in eAAC+ format or other types of content.  Battery life should give up to 370 hours on standby and up to 9 hours talk time.  One point to be aware of with this phone is that it is quite easy to insert the SIM card the wrong way round which could tend to confuse the less-experienced user.

Vodafone have the W960i available from free to £187.23 depending on contract. You can also buy SIM-less from Amazon for £275.