It is only after one has been using a machine for quite a while that you start to wonder whether the memory can be upgraded and whether there would be any benefit in doing so. This is one upgrade that can be relatively straightforward and within the grasp of many technically aware PC users. It is made simpler by the informative web sites of memory suppliers Crucial and Kingston. 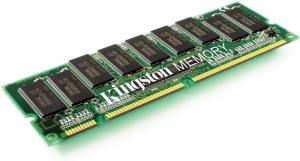 Both notebooks and desktop machines are modular in construction. This means that, in general, they can be fitted with different amounts of memory. As, when they are bought, the maximum possible is often not installed it can frequently be useful to increase the available memory.

In general it is simpler to upgrade a notebook because the memory slots are just located under a cover on the underside of the machine while, with a desktop, it is necessary to open up the complete machine.

However, before jumping in, it is worth looking at the short video clips on the Crucial site www.crucial.com/uk to see what is involved. While the one relating to notebooks showed, more or less, what one would find in practice, the one relating to desktop machines was correct in principle but could well be an oversimplification of the actual task. The issue being that the memory “slots” are not always so easy to get at and it may be necessary to navigate around cables or other obstructions in order to fit the modules.

After looking at the appropriate video, and possibly applying a screwdriver to the machine, you can get an idea of what is involved and can decide whether you feel able to handle the task. Here, by the way, be prepared to find that a desktop machine has been assembled using Torx or other screws requiring special drivers and that a notebook uses quite small screws.

There are “tools” for finding out what memory upgrades are appropriate to the vast majority of machines on both the Kingston (www.kingston.com/europe)and Crucial web sites. I found that the latter’s site was more useful because, in the past, the former has concentrated on the business-to-business (B2B) market. However, Kingston is now putting a lot of effort into making its site more consumer-friendly so the situation is already changing so that, for example, having located the needed modules on the Kingston site, buying them is a straightforward exercise. In addition, Kingston memory configurator on the Kingston’s website, can also be accessed from e-tailer sites such as Dabs.com.

It will often make sense to fit the maximum memory possible in order to get the best performance out of a new machine. Nevertheless, it is sensible to carry out a reality check to decide whether to go ahead with the upgrade. For those who only use one or two simple applications (and have no aspirations to do more), the answer is probably No. However, as programs get more resource hungry, adding memory to an older machine could well extend its life for an appreciable length of time. Furthermore, the heavy user who often has a large number of active applications or may be using photo editing or graphics software -- that can often utilise a minimum of 512M RAM (and preferably more) -- will also find that adding more memory speeds up both operation and the switching between these applications.