John Lewis : one DAB radio every minute! Have you got one? 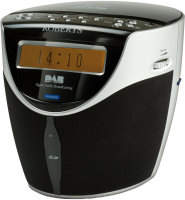 Anyone that reads GadgetSpeak on a regular basis will know that I'm an ardent fan of radio. DAB radio has now been around for a number of years and has been steadily making inroads inthe marketplace. The DRDB (Digital Radio Development Bureau) has recently announced second quarter figures up 34% on the same period last year with 27.3% of adults now having at least one DAB radio at home.

This announcement by John Lewis of just how many DAB radio products they are selling shows how mainstream the new digital technology is becoming, despite continued issues with signal strength in some parts of the country.

Here at GadgetSpeak we've certainly reviewed a significant number of DAB capable products, with more on the horizon as we move toward Christmas. 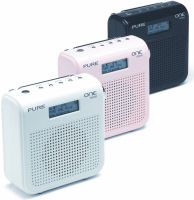 Of course DAB has a few competitors - apart from the venerable analogue signal. Also making headway is Internet radio. These devices basically sit on your home WiFi network and stream 'radio' stations over your Internet connection. This gives you the benefit of a world-wide service, freeing you from the limit of just those stations broadcast locally - particularly useful for expats that would like to listen to their home country stations.

Multiple technologies however serve to create uncertainty in the market - should you buy a DAB radio or simply use Internet radio - or just stick with your old analogue set that works just fine? This kind of indecision has handicapped many new products - just think of HD-DVD versus Blu-Ray.

John Lewis see integrated DAB/WiFi sets as being a potential solution - one box - both technologies and are forecasting significant growth in this area through 2009.

What's your take on the future of radio? Or maybe you think it doesn't have one? Post your views down below and let us know!